Last week we saw the Securities and Exchange Commission, or SEC, of the USA file charges against Ripple alleging that the XRP coin is classified as a security.

In this 70+ page filing, the SEC is accusing Ripple, along with executives Brad Garlinghouse and Chris Larsen of raising $1.3 billion through an unregistered sale of digital asset securities that has been ongoing. Garlinghouse and Larsen are also accused of failing to register their personal XRP sales which are estimated at around $600 million. ﻿ 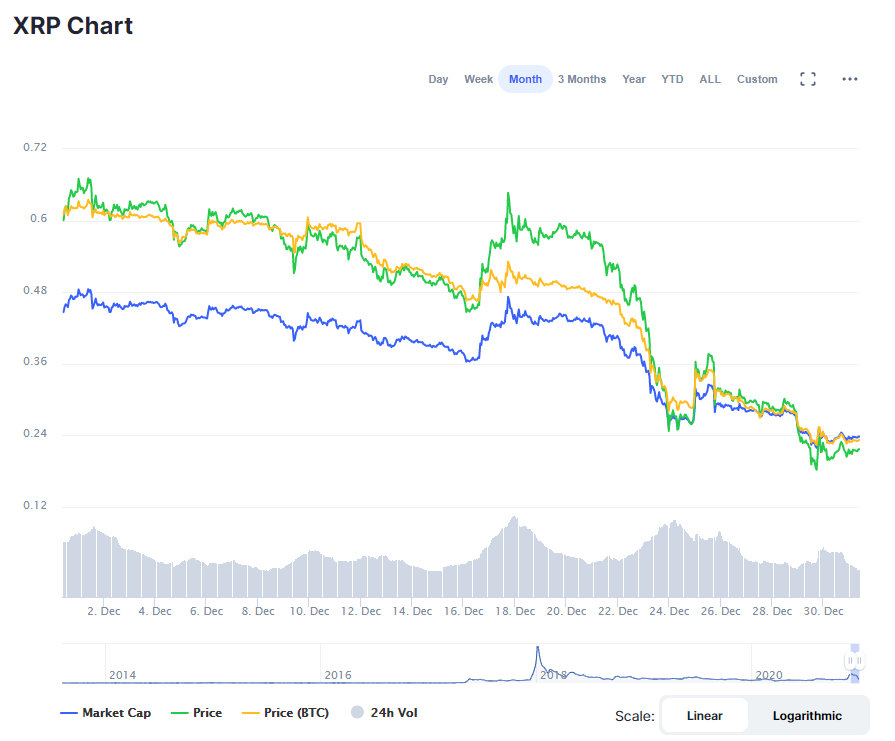 There are numerous other allegations against Ripple and the two executives in the lengthy report. Garlinghouse preceded the lawsuit being made public by tweeting about it coming, which led to the initial price drop of XRP by around 24%.

24 hours later as the report made public and news broke everywhere, we saw the asset tumble even further down an additional 50% before rebounding and at the time of this writing is sitting down around 47% from a week ago. This report is neither pro nor against the XRP, but intended to do two things:

1. One is to look at the implications of the charges and what they could mean for the XRP coin and price action.

2. The second is to evaluate how this could impact many other altcoins in the market if Ripple and XRP are to be found guilty of these charges

AN ASSAULT ON CRYPTO AT LARGE?

As CEO Garlinghouse mentioned in his response, he feels that this could be an “assault on crypto at large.” He claims this could have a snowball effect on the industry as a whole, affecting most altcoins, and subsequently that could impact Bitcoin and Ether. However, other altcoins already have faced the proverbial firing squad of the SEC and those have not faced the repercussions we have seen with XRP already. So we will also look at what makes this different.

Looking at the charges levied against Ripple and the two executives, it could appear that the SEC is looking to make an example of them. However, some of the allegations have even been brought to light over the years by former XRP fans, claiming that Garlinghouse and other executives were encouraging people and businesses to buy XRP, while simultaneously selling off their holdings. This lack of transparency could be one of the biggest reasons for them to be targeted. On top of the charges listed above, Ripple is also alleged to have distributed XRP for labor and market-making services. The SEC has not done a great job of clarifying what makes cryptocurrency a security, but stacked with the other charges, it appears XRP could be deemed a security.

WHAT IS XRP ACCUSED OF?

Looking through the report, Garlinghouse sold XRP positions he held while repeatedly “touting he was very long XRP” meaning he was holding and expecting a rise in value.

The report also claims that in 2012 Ripple received advice that XRP will likely be considered an investment contract, which Larsen and Garlinghouse allegedly ignored. This opens the door for not only corporate fraud charges but also personal fraud for the actions of Garlinghouse and Larsen.

The SEC alleges Ripple created an information vacuum such that Ripple and the two insiders with the most control over it—Larsen and Garlinghouse—could sell XRP into a market that possessed only the information Defendants chose to share about Ripple and XRP. Based on past actions by the SEC for other cryptocurrency companies, Ripple at the minimum will be forced to pay a huge fine. 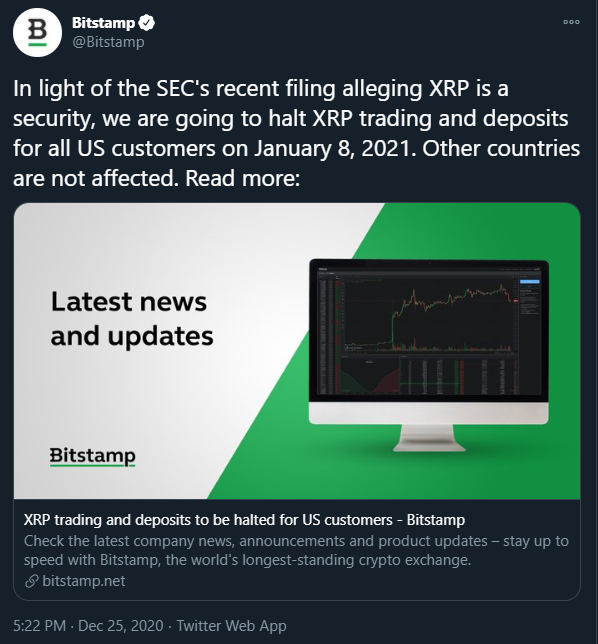 Ripple could decide to relocate outside the USA, something they have threatened in the past prior to these charges, blaming it on the lack of clarity in the current regulations.

However, with the intended purpose and use case of the XRP coin, it could be hard for XRP to be adopted any further due to black eye from the SEC as multinational companies that have dealings in the USA would be forced to exclude their USA related business from any XRP dealings. The fallout that was seen since the charges were announced has been tremendous.

Besides the drastic drop in XRP price, numerous exchanges have halted the trading of XRP. Smaller exchanges like Beaxy and others halted trading on day one of the charges being made public. Since then, larger exchanges like Bitstamp have halted all trading of XRP solely to all USA customers either immediately or with a close impending deadline. If XRP is formally declared to be a security, any entity that offers the buying and selling of it would need to be licensed to do so. Most exchanges would either remove completely or halt trading to USA based customers

A spokesperson at Coinbase, one of the world’s largest exchanges and possibly the largest in the USA, said Coinbase is considering its options when asked about the SEC lawsuit against Ripple. Financial analyst and long time critic of XRP and Ripple stated:

"Any exchange that allows trading in XRP is potentially breaking the law, so exchanges are bound to delist it."

Cryptocurrency index funds, such as Bitwise, have already liquidated their XRP holdings and others are expected to follow suit. Moneygram made a public statement distancing itself from Ripple saying they do not use RippleNet or XRP. Many XRP fans are calling this a shakeout before new high prices, and many who oppose XRP are calling this the beginning of the end. Either way, proceed with caution if trading, buying, or holding any XRP at this moment. It is very risky, as many feel the risk is much greater than any potential reward.

Technical analysis on the chart at the moment is useless with all the potential fundamental pressure that could arise in the coming weeks and months, especially if more major exchanges limit trading, or halt trading and delist completely. Any of those actions could cause a serious tumble in the price to lows that have not been seen in years. Just proceed with caution if you choose to trade XRP for now and do not rely too much on your technical analysis or the TA of others. If you would like to read the full report of the charges against Ripple and the two executives, you can find it here ◀️

THERE WERE SIMILAR CASES IN THE PAST

Now that we have given an overview of the hurdles and obstacles that Ripple and XRP are facing, what about all the other cryptocurrencies out there in the crypto world?

The SEC has taken numerous actions against past Initial Coin Offerings, or ICOs. Some action against other top market value cryptocurrencies did not result in delistings or halting of tradings. To understand why we need to look further into how they differed from XRP.

1. Block.one, the company behind EOS just 13 months ago was fined $24 million for not registering its ICO properly as a security offering. If you look at the price action around that time, it did negatively impact the price of EOS was minimal and exchanges did not halt trading or even delist. The claim for EOS highlights how many cryptocurrency ICOs fall. The initial sale of the coin or token can be classified as a security because there are reasonable expectations for profits from investments, however, after the launch and the project achieves true decentralization, the coin or token can then possibly be considered a utility token and not a security.

2. The same was the case for Tezos, which agreed to a $25 million settlement from a class-action lawsuit, which may appease SEC regulators from going after them. Tezos, much like EOS, may only be classified security for the time of the ICO, and could still be fined for only the offerings to US citizens. These cases differ somewhat from the Ripple and XRP charges, as the SEC is saying that XRP is still considered security.

HOW TO CLASSIFY A SECURITY?

Depending on the outcome of the charges against Ripple, especially around the XRP coin, we could see numerous other cryptocurrencies fall in the crosshairs of the SEC. The current test to determine if an asset is a security or not is called the Howey Test which refers to a Supreme court case from 1946. Obviously, the USA and SEC need to really plan to update what and how they classify cryptocurrencies as the digital world is evolving quickly.

Any lack of clarification, or worse, regulations that stifle innovations, could cause the USA and any other foreign governments that act in accordance with those regulations, to quickly fall behind and fail to benefit from the revolutionary technologies that are evolving or will evolve from development in the cryptocurrency and blockchain space. One interesting development since the announcement of the Ripple charges.

The Ripple suit was one of the last actions of an outgoing SEC chairman, Jay Clayton. Clayton had informed President Trump prior that he planned to step down on December 23. His replacement has been announced as Elad Roisman. Roisman has been an advocate since 2018 of clear, fair, and transparent laws and regulations that will give certainty to the cryptocurrency markets. Many in the space see him as having a pro-crypto stance and could potentially lead to the first Bitcoin ETF finally being approved in the USA. However, it is noted that once President-elect Joe Biden assumes office, he will select a permanent successor, which may or may not be Roisman.

So much uncertainty in the air for Ripple, XRP, and for the SEC, it is important to keep up with any further developments in these cases, as they could not only have implications for XRP, but also for many other cryptocurrencies.

This also shows why it is so important to keep up with not only the technicals you see on the chart, but also the fundamentals, including developing news that could impact the price of digital assets, both negatively and positively, that you may hold or trade. 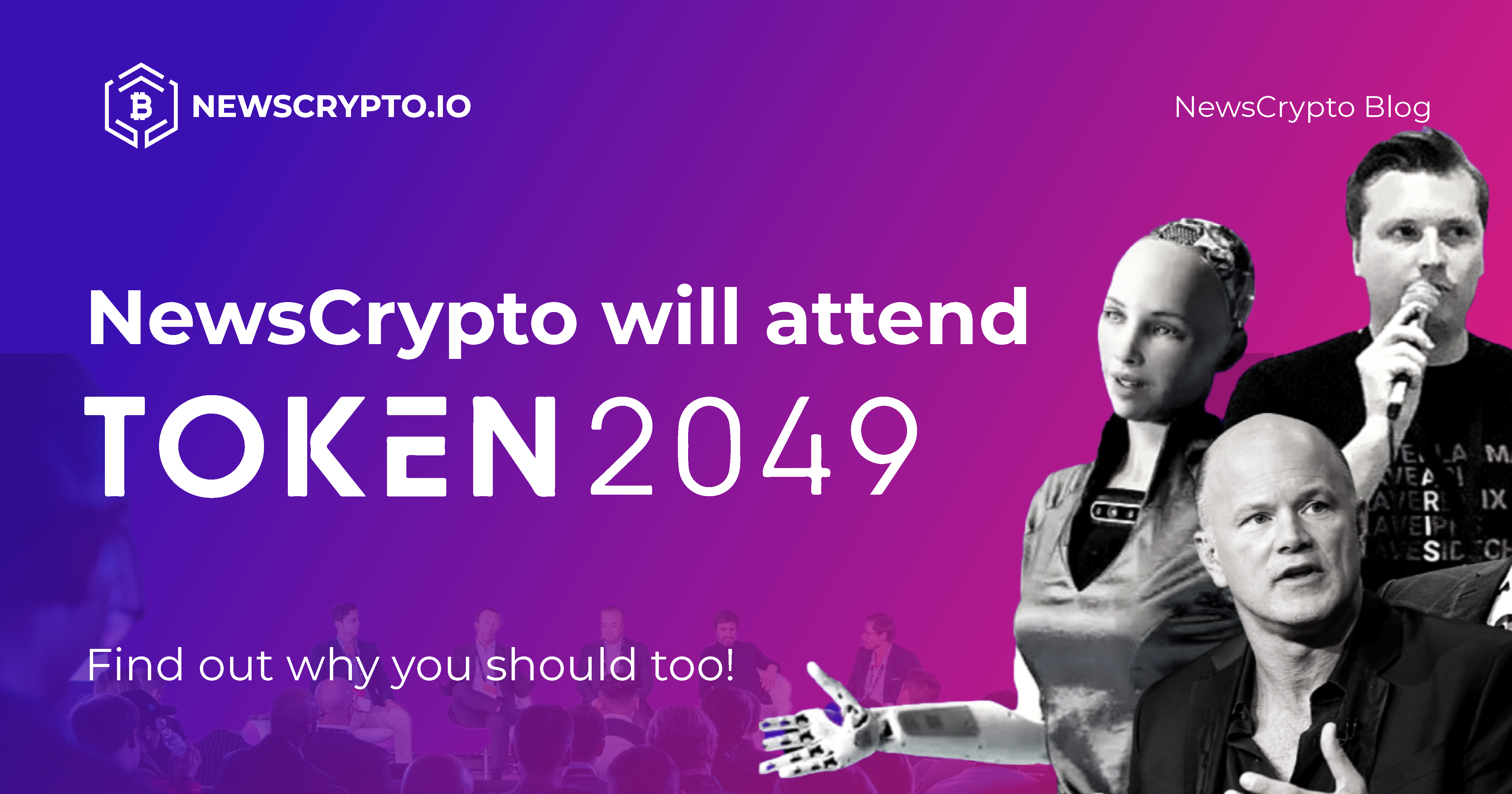 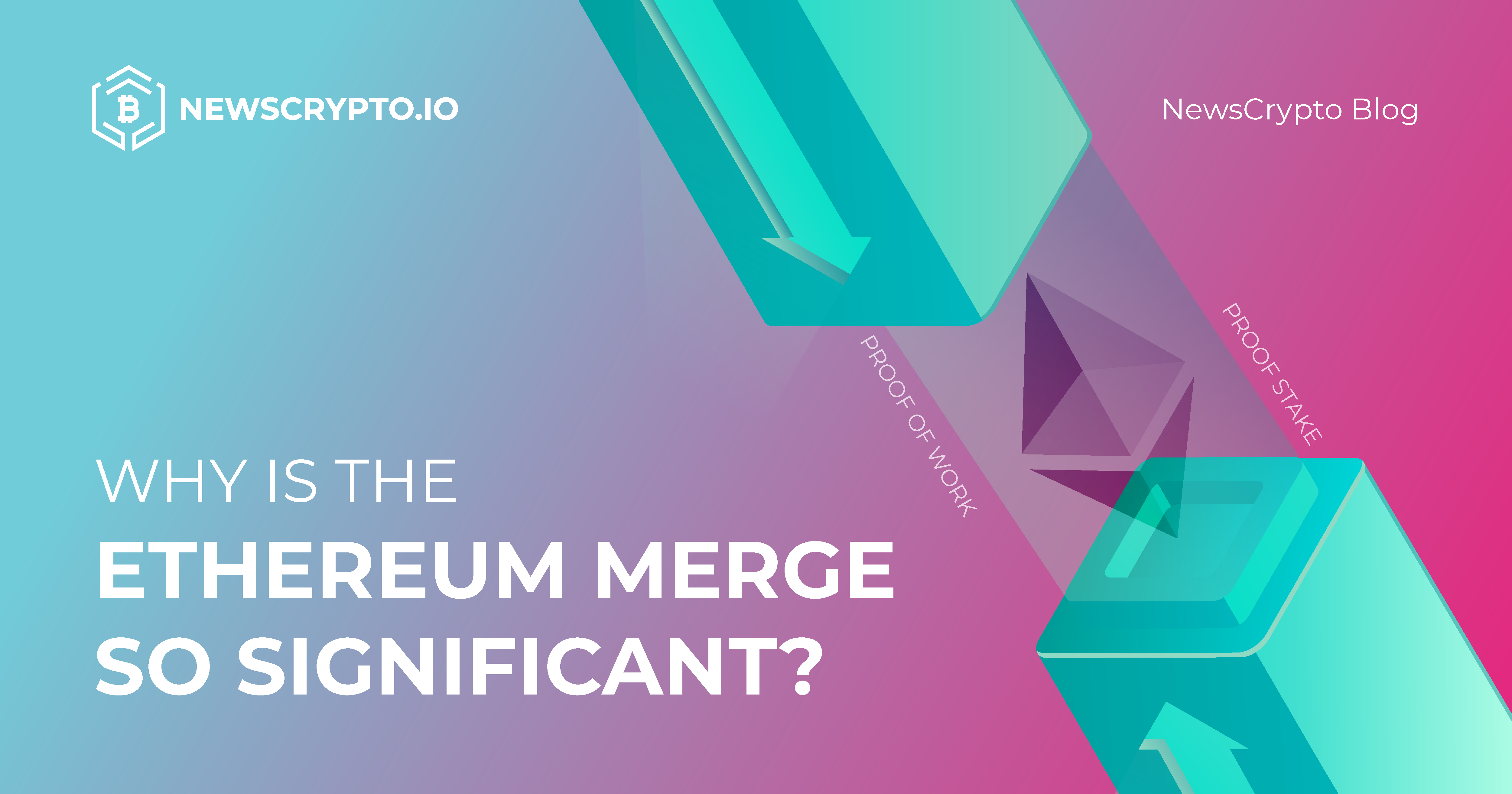 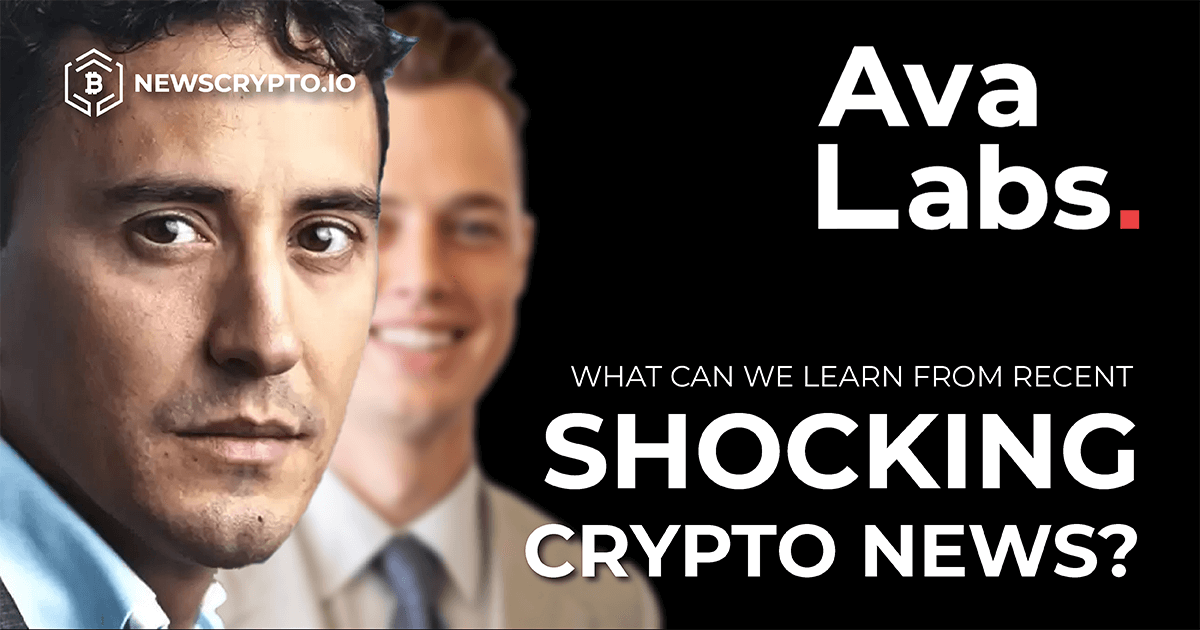 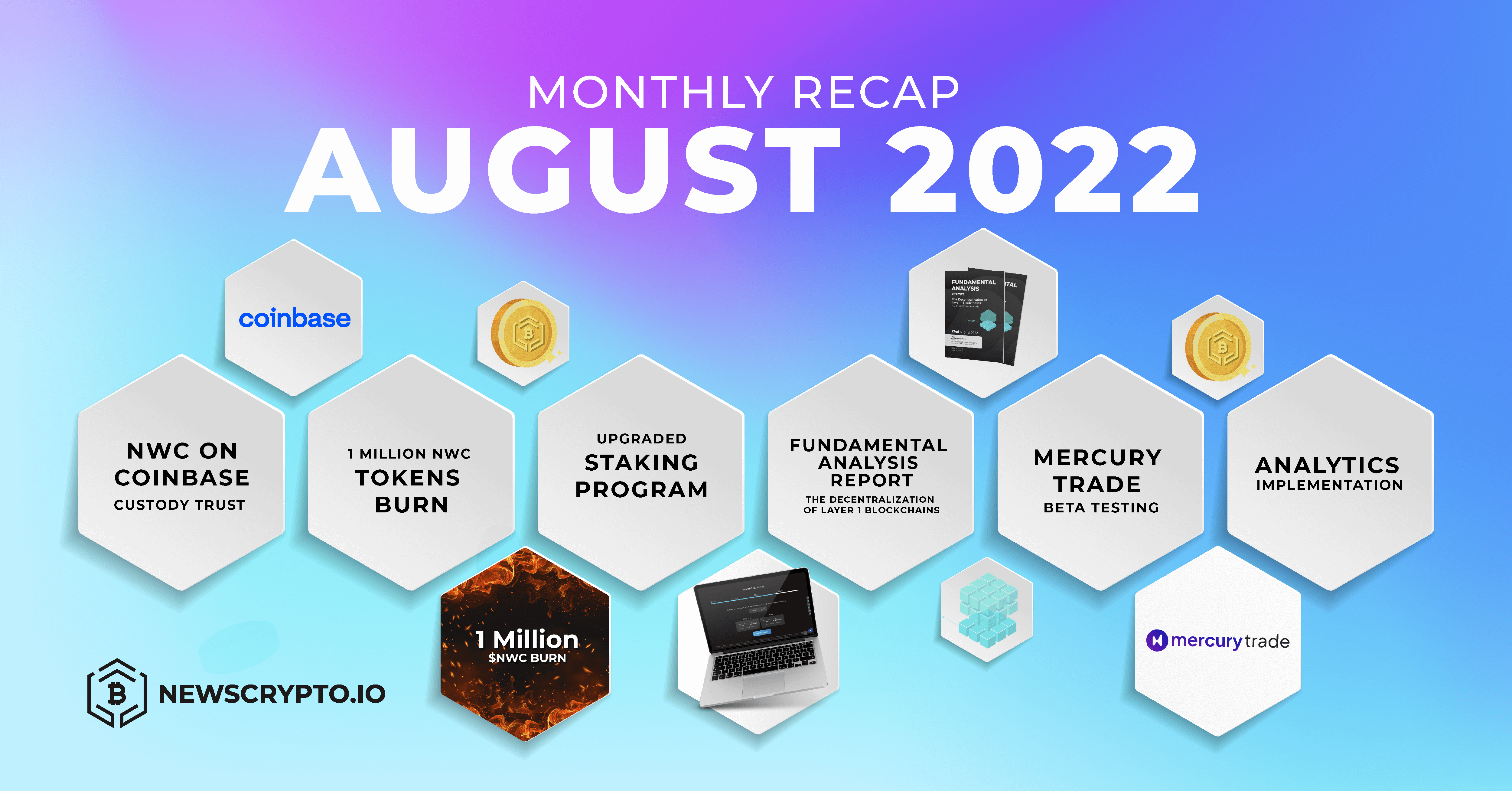 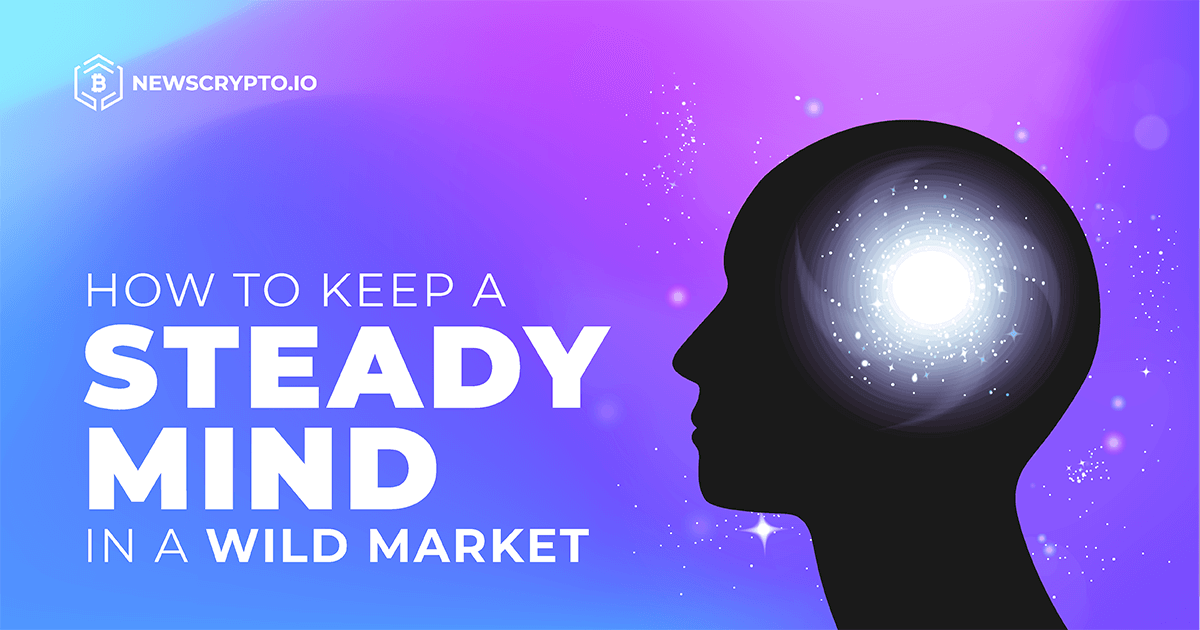