In previous how-tos, we covered firewalls, browser hardening and VPNs. This helped secure general internet security. In this tutorial, we will be learning about virtual machines (VM), which will help you compartmentalize your system. The reason why we want to do this is because we must assume, at all times, that a single Operating System (OS) we are using is unsafe.

Therefore, when handling important and sensitive information, it’s important to isolate it. A VM acts as a sandbox to keep the information you’re working with closed off to other environments you might have. In other words, a VM temporarily opens a computer inside your computer.

It’s commonly believed that cryptocurrency cybersecurity ends with passwords and two-factor authentication. Nevertheless, there are other vectors of attack such as trojan horses, malware, wormholes and other types of viruses that could compromise one’s security.

By installing a VM to protect cryptocurrencies, we can create an OS that’s more stable and more secure. However, this can be a double-edged sword. The more security being implemented there is, the more complicated the system is to use. By isolating another OS solely for the purpose of cryptocurrency transacting, we can maintain a user-friendly approach on our regular OS.

VMs used to be very complicated to install and maintain. Luckily, we have software for that now. For this tutorial, we will be using Virtual Box. Before we do, there are a few important points to touch upon. Firstly, Windows 10 and Mac use proprietary software. In other words, it isn’t always easy to install these OS’ using a VM. There are workarounds, but these won’t be covered here.

The easiest method is to have the product key for the OS because when trying to bypass this wall, the functionality of the OS will be limited. Secondly, older distributions, such as Windows 7, are no longer maintained. Therefore, it is not recommended to use these OS’ because of security holes. Lastly, you should not run a virtual machine unless you have at least eight GB of RAM; using 16 GB is recommended.

Keep in mind that in Virtual Box, there are options to use 32-bit OS’ that take up less memory. However, these aren’t as compatible as 64-bit OS’. Therefore, it is recommended to double-check and make sure that the ISO file you’re using is a 64-bit OS. An ISO file is a copy of a virtual disk used to compress and duplicate large data sets like an entire operating system. ISO files of operating systems can be easily found on the web. Make sure to have the ISO file you want to use already downloaded and installed.

Step one → Install Virtual Box on your PC using their website (https://www.virtualbox.org/) if you’re a Windows or Mac user. If you’re on Windows, it may be necessary to uninstall Hyper-V, which is another VM program.

We assume that if you’re on a Linux distribution, you’ll know how to install it through the terminal. To install Virtual Box on the terminal, simply input the following command: sudo <package manager name> <argument> virtualbox. 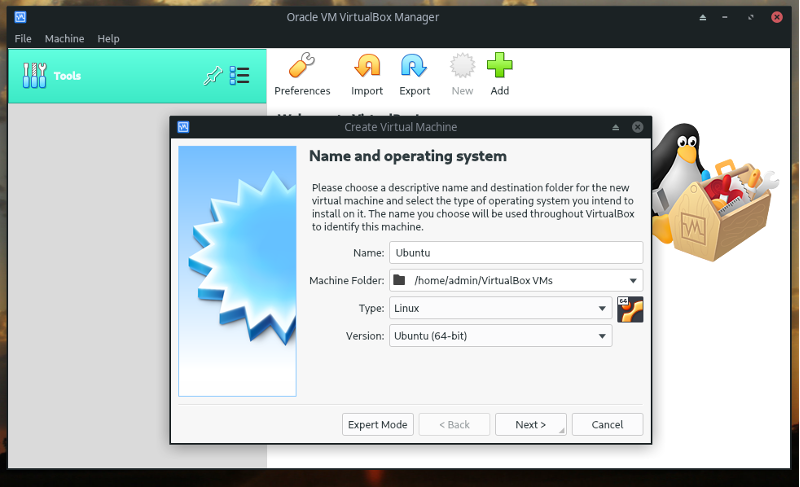 Step three → Under Memory Size, you would preferably want to add more memory because of the amount of programs connected to cryptocurrency manipulation being used. Such examples include: the BitCoin Core wallet, the Electrum wallet and the Gnosis wallet. Adding in one GB will suffice for all these requirements. 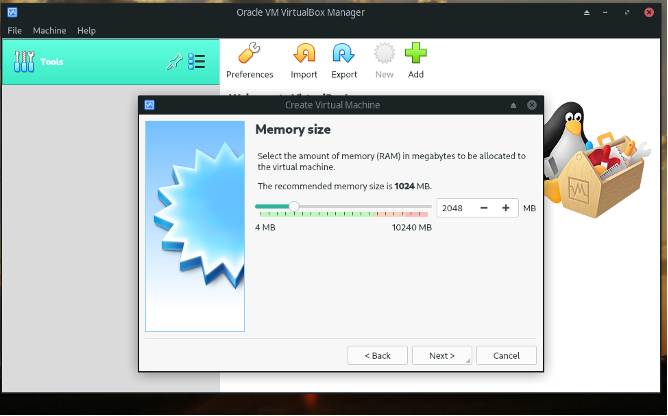 Step four → Create your virtual hard disk and make sure VDI is selected. Doing this will eliminate certain steps in the process and verify compatibility with Virtual Box. 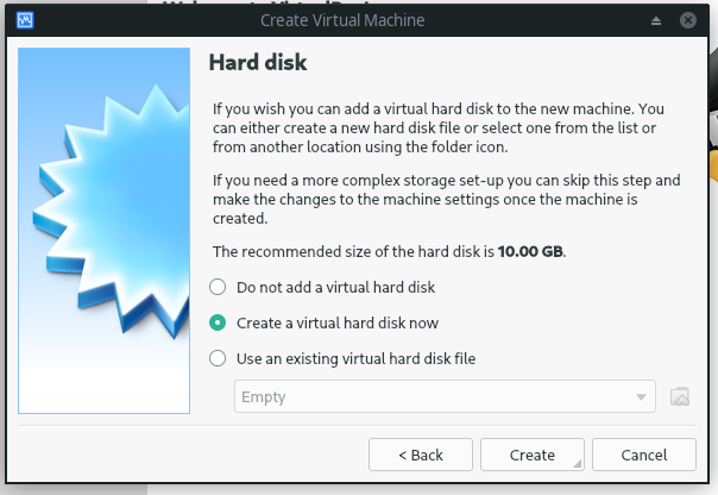 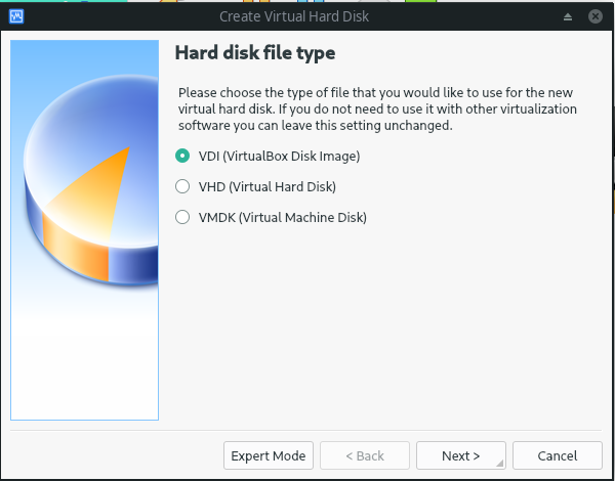 Step five → Make sure storage is fixed rather than dynamic. Dynamic setups can cause problems, especially if multiple programs are running in both environments. VMs with fixed storage tend to be faster and more stable than the latter. 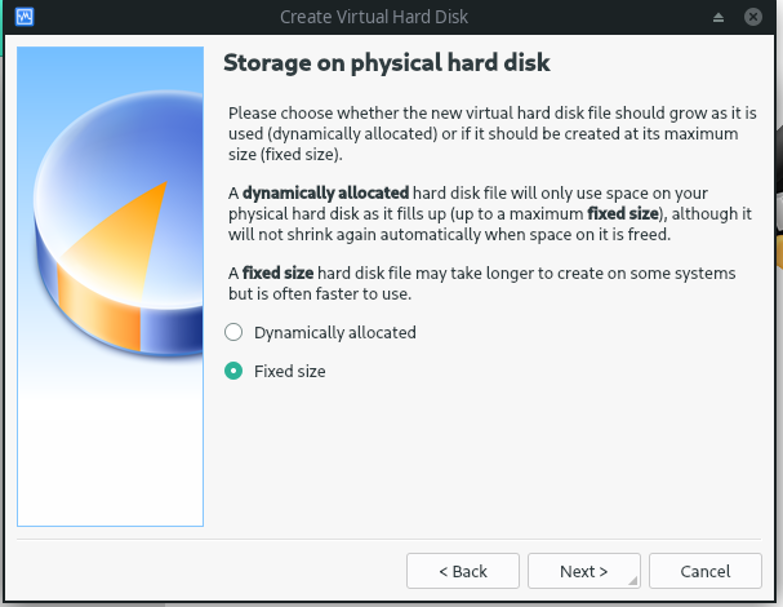 Step six → Confirm the file location you want your VM in and select the VM size on your computer. 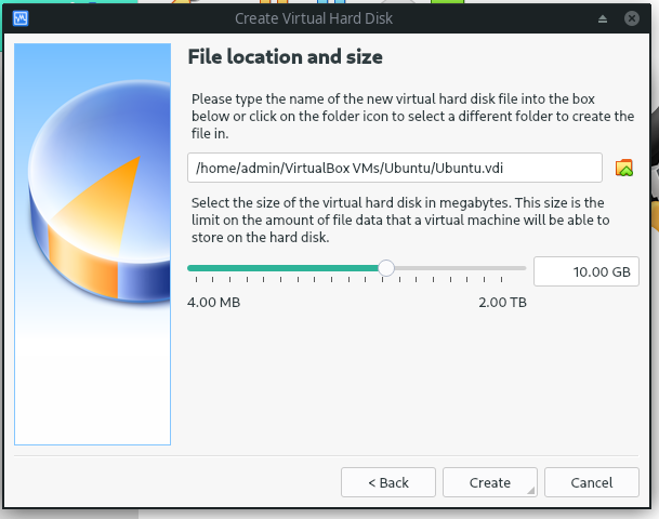 Step seven → Once you have created it select the virtual machine followed by storage. Under controller IDE      select “Empty” and to the right select the disk followed by “Choose a disk file…”. Find the ISO file you downloaded earlier. 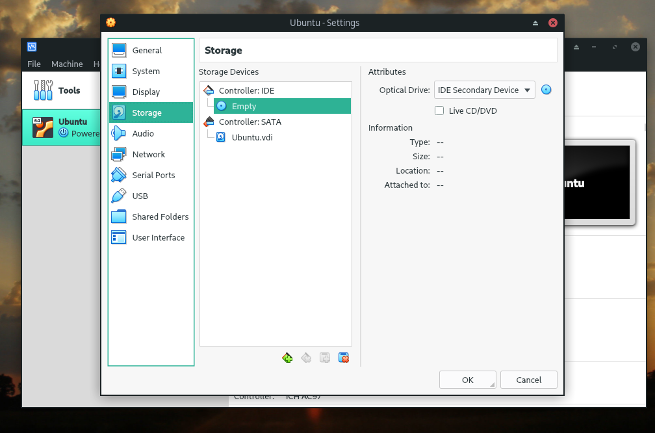 As mentioned, we want this system to be as isolated as possible. There are ways to connect VM clipboards with the clipboard of your main OS. Obviously, we don’t want to do that, because we’re paranoid and assume that our main OS is a clipboard attack victim: a type of virus that scans your clipboard and retrieves the information from it before sending it to the hacker. However, despite not using these extra addons, there are a few additional steps that we can take to optimize the VM so that it requires less resources.

Under Settings → System → Motherboard deselect floppy disk (no one uses floppy disk anymore; having floppy disk selected scans the system to see if there’s a floppy disk running in the background with an ISO file, which makes boot time take longer). 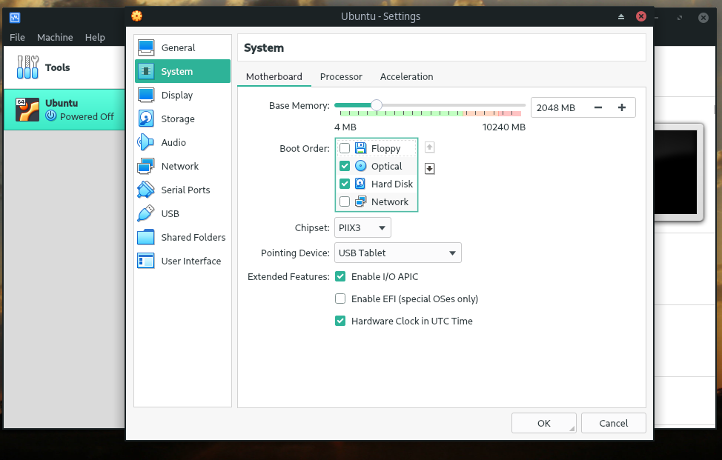 Under the same System tab, you can also select the amount of processing power you want the virtual machine to have by clicking on the tab called “Processor”. 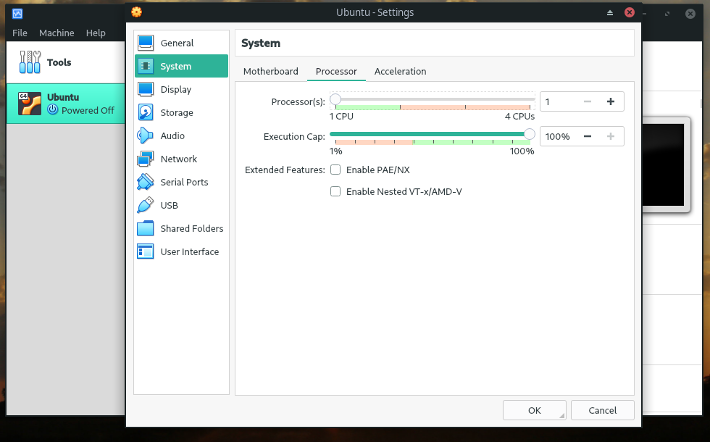 Next, we can enable disk encryption by going under Settings → General → Disk Encryption. If you want to be certain that the right type of encryption is used it is possible to change it to AES 256 under the “Disk Encryption Cipher” menu. 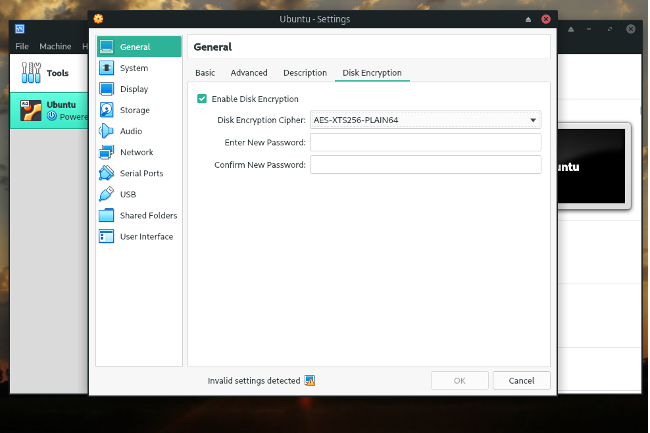 Finally, select the three bars next to the VM icon → Snapshot and take a snapshot of the VM to save your setup. This means if you mess up during configuration, you won’t need to redo the process. Later, once the setup’s finished, a new screenshot can be taken, which means you can backtrack at any point in time. 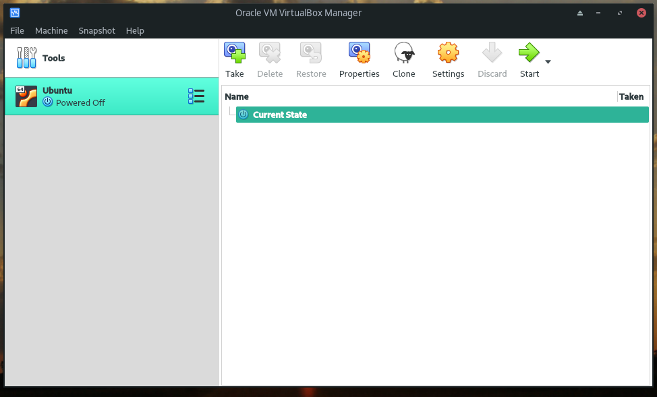 As we saw, running a VM is an important step toward securing your funds, especially if a combination of centralized exchanges and cold wallets is being used to manage cryptocurrency. Aside from VMs, there are other options to choose from such as: dual booting, live USB, and having a secondary computer used only for cryptocurrency management.

Dual booting requires more system resources since you’re permanently allocating hard drive storage space to a seperate OS on your PC. A live USB has its own advantages if an OS such as TAILS is being used. This may not be the best option since the USB key can be lost. A secondary computer is the most recommended of the four options because you’re guaranteed to have a safe OS without the possibility of cross-contamination between your setups. VMs can be circumvented, live USBs can be compromised, and dual booting is vulnerable to rootkits, but any form of OS compartmentalization is still vastly superior to none at all.