The past month has started with Bitcoin hitting $52,800 level for the first time since 12th May. Having conquered the milestone, Bitcoin and the whole cryptocurrency market reversed its course again. While some major dips can be attributed to macro news that caused a drop in the market sentiment, others can be assigned to the price reaching significant levels that triggered stop losses and liquidations.

The cumulative selling resulted in a sharper and sharper decline that squeezed people out of their positions, resulting in a cascade that lasted until the buying demand overwhelmed selling demand.

Let’s take a look at the most notable news concerning the crypto world in the past month. In the first week it has been reported that the U.S. treasury has been pushing to include more rules for tax compliance on cryptocurrency transactions in the upcoming $3.5 trillion budget plan. In the second week we witnessed the first country in the world adopting Bitcoin as currency, as El Salvador made Bitcoin legal tender. Following the news of adoption the price of Bitcoin plunged over 15% in an hour.

The dip clearly shifted investors sentiment from greed to fear, as the price never managed to recover its losses. On the 20th of the month we got another round of selling as global financial markets fell under pressure as a result of Evergrande group facing potential default. As Chinese central bank injected liquidity into the Banking system, the investors sentiment shifted somewhat towards greed, but the news on China’s latest ‘ban’ changed it, at least temporarily, right back. Bitcoin’s price finished the month around $44,000 as it bounced from the support level on $40,689.

When it comes to major events here at NewsCrypto, it's worth mentioning that we’ve finished the last month with the airdrop snapshot period, when we took snapshots of all eligible user’s token balances at a random time. Every wallet received a reward equal to 4,6% of the eligible NWC token balance until the end of September under only one condition, which was to hold at least 1000 NWCs at the time of the snapshot. Besides giving away a total amount of 200,000 NWC tokens to 465 wallets, we’ve also rewarded 30 lucky winners with an additional 200 NWC each. 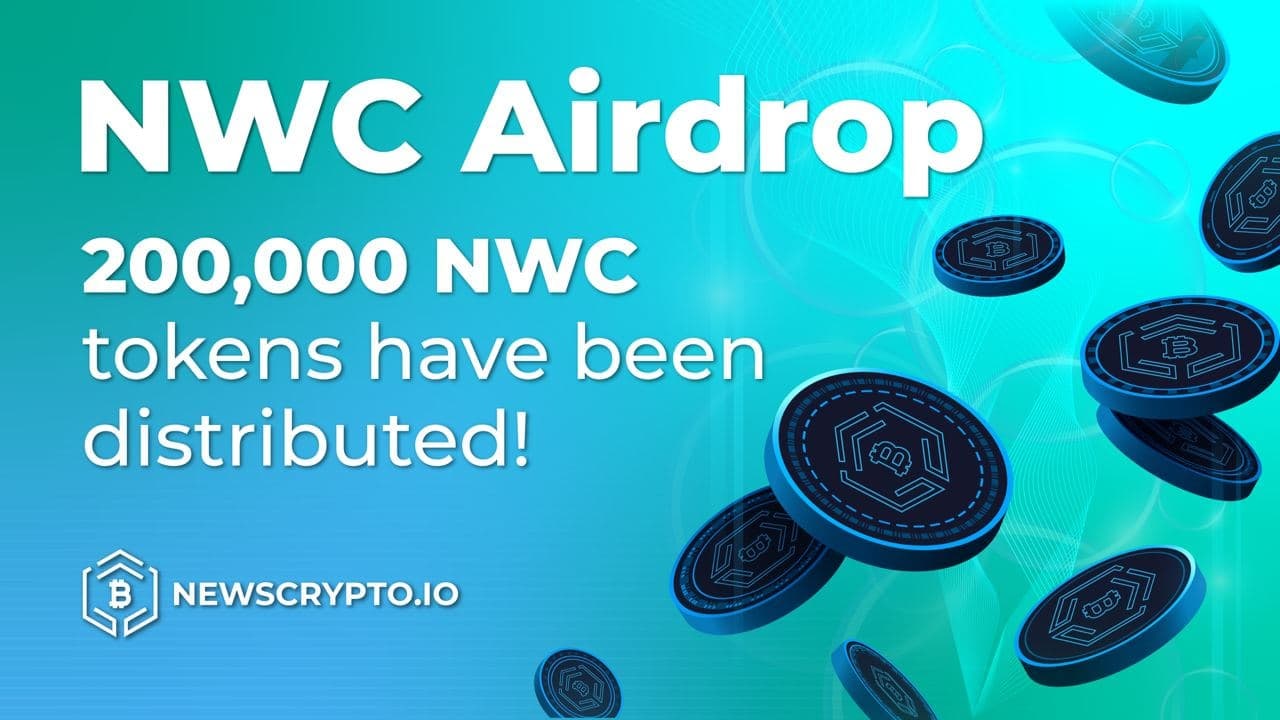 Given our numerous developments in August, including our Chainlink integration and the release of the Platform v3.0 update, we’ve also burned one million NWC in addition to 20% of all subscription fees that we remove from circulation regularly. Having promised 10 burns before the end of the year, you can expect 6 more to come hand in hand with upcoming key milestones in the following months.

In the second week, we’ve announced partnership with Elrond, which is one of the most innovative and fastest growing blockchain networks in crypto. They have continued to push the envelope by developing the most advanced solutions for insanely high throughputs without sacrificing sustainability.

Our partnership will consist of several different phases. We’ll start with an extensive educational campaign where our teams will work together to help everyone from crypto novices to veterans understand better scalability, sharding, sustainability and why these aspects of crypto are crucial going forward. Then, we’ll move over to a more development-focused side of things, which will start with the NWC token becoming available on the Elrond blockchain. Once we set up the infrastructure, we’ll work with the Elrond team to provide new solutions for bringing capital into the network and broadening its already rapidly growing scope of DeFi protocols. 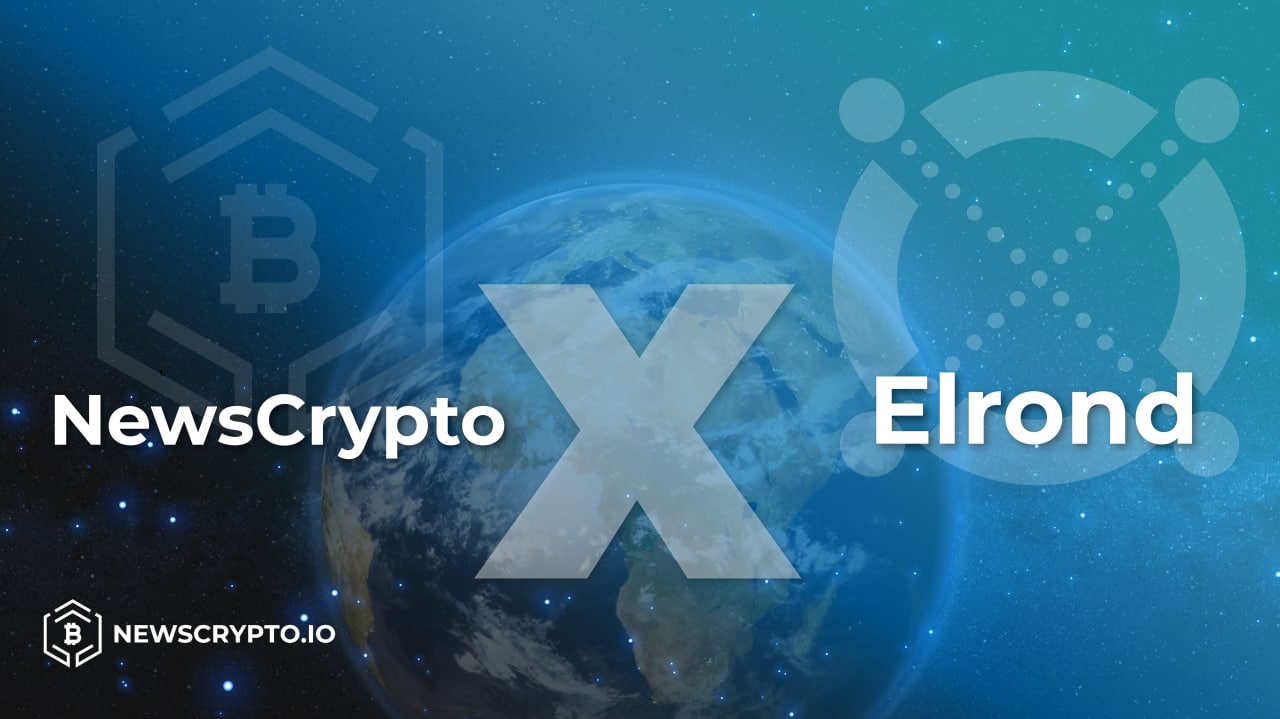 In the third week, we’ve announced our partnership with MILC (Media Industry Licensing Content), a project that is tackling the problems of traditional media head-on by building a direct bridge between the audience on one hand and the content creators and distributors on the other. Hand in hand with our mission of bringing crypto knowledge to the masses, which we believe is crucial for global adoption of crypto, through our partnership we’ll be able to bring quality content to an audience without the intermediaries present in the traditional media.

This will as always be accomplished through several stages of our partnership. We’ll start with creating educational content on what MILC is doing and why it matters, and then given that MILC has deep expertise in the TV industry, with its own decentralized twist, our team will prepare educational content for TV. The revolutionary move will enable you to access the best and latest educational and news content not only on smartphones and computers through our app and platform, but also on your TV.

And finally, in the last week of September we’ve revealed an update on our partnership with the Polygon network. We’ve received a development grant from Polygon to provide a revolutionary liquidity solution which will be able to bring billions of dollars of liquidity into DeFi on Polygon. 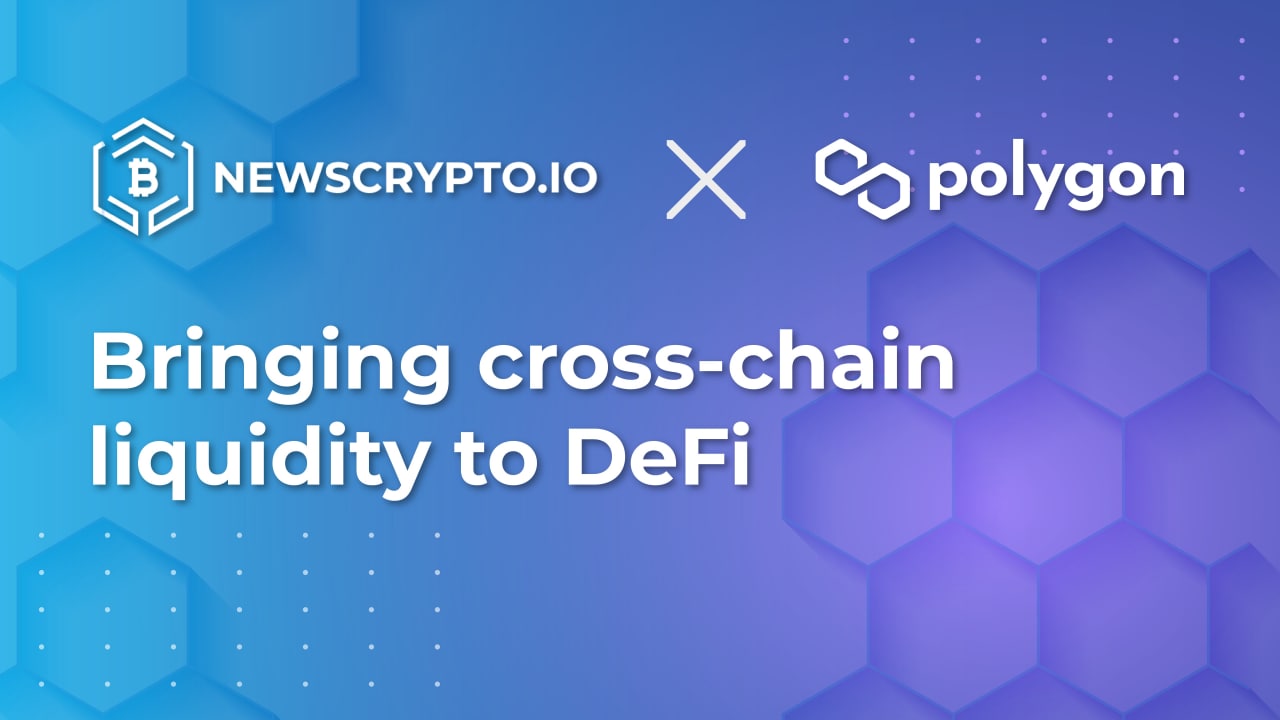 We’ll soon release a Stellar-Polygon token bridge, which will enable users to swap their XLM tokens to wrapped XLM (wXLM) on Polygon almost instantly and at close to zero costs. And once they’ve got their wrapped XLM, they will be able to use them in all the DeFi protocols that Polygon has to offer. That way, you will be able to hold your XLM, while simultaneously benefiting from all of the perks DeFi offers.

Our most recent partnership in September was with an innovative social investment platform Zignaly. As usually our partnership will consist of several stages. We will start by implementing a profit sharing service on Zignaly, while they will provide incentives and exclusive offers to users coming from our community.

This will be mutually beneficial, as we get a platform to convert our knowledge on crypto markets into real trades, while Zignaly gets a group of experienced traders on their platform. Furthermore, Zignaly will also spread awareness and educate about our project and NWC token. In the final stage of our partnership we will grant our users early access to the Zignaly bridge, which will give NWC holders the ability to take advantage of highly scalable and efficient blockchains. 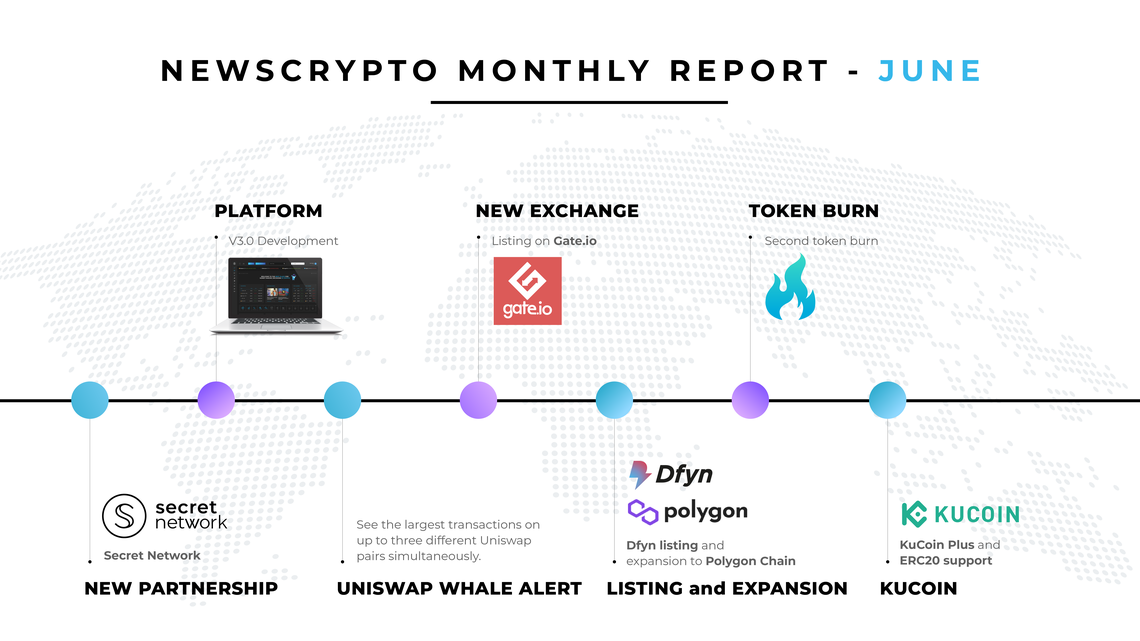 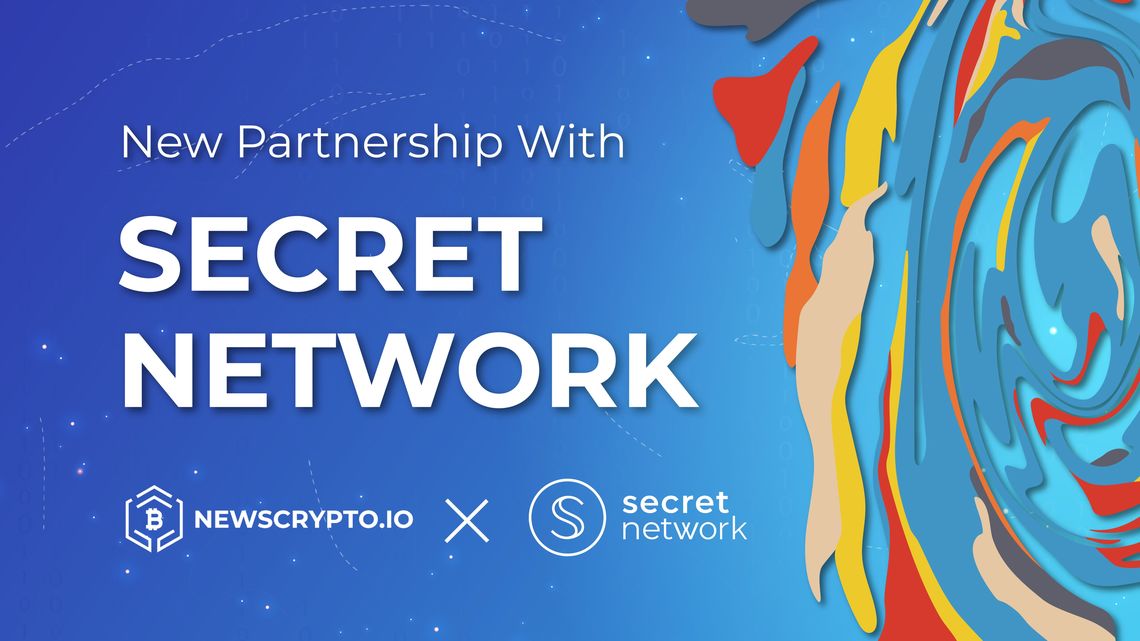 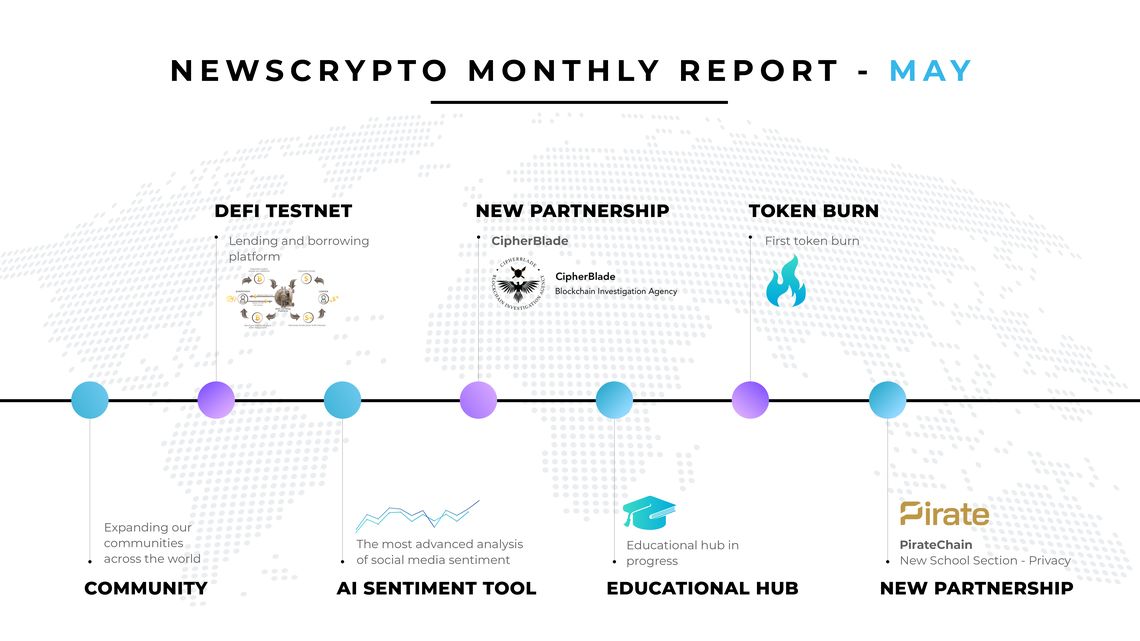